Ever wandered how fast are the major microcontroller boards to run Tensorflow Lite neural networks? In this post we'll find it out for the case of Fully Connected networks. 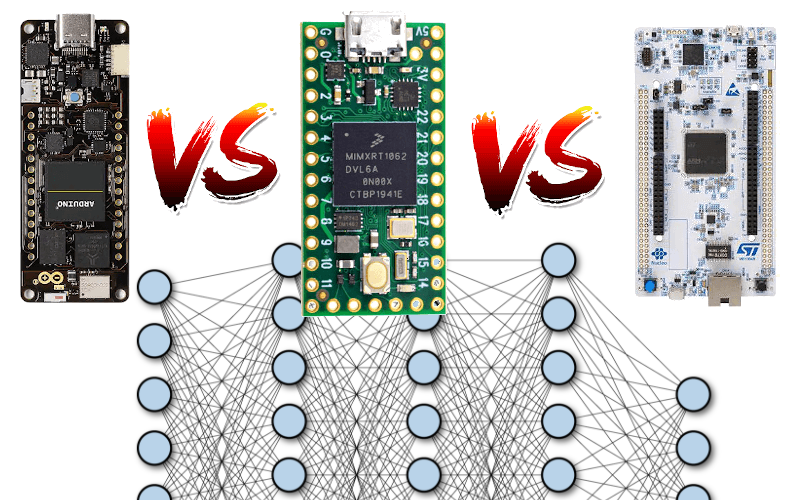 In a previous post about TinyML benchmarks for traditional Machine Learning models I benchmarked many different classifiers from the scikit-learn package in terms of resources and execution speed.

In this post I'm going to do something very similar, except that I'll compare different boards on the task of running Tensorflow Lite Neural Networks.

As you can see, they differ in terms of CPU and clock frequency. I discarded less powerful boards for now (Cortex M0 based), but maybe I'll add them in the future.

** update: I added the Raspberry Pi Pico to the benchmark because of the hype it created. **

The benchmarked networks topology are 3 types of full-connected networks:

The following charts show the inference time (in microseconds) of the different networks for each board, in linear and logarithmic scale. 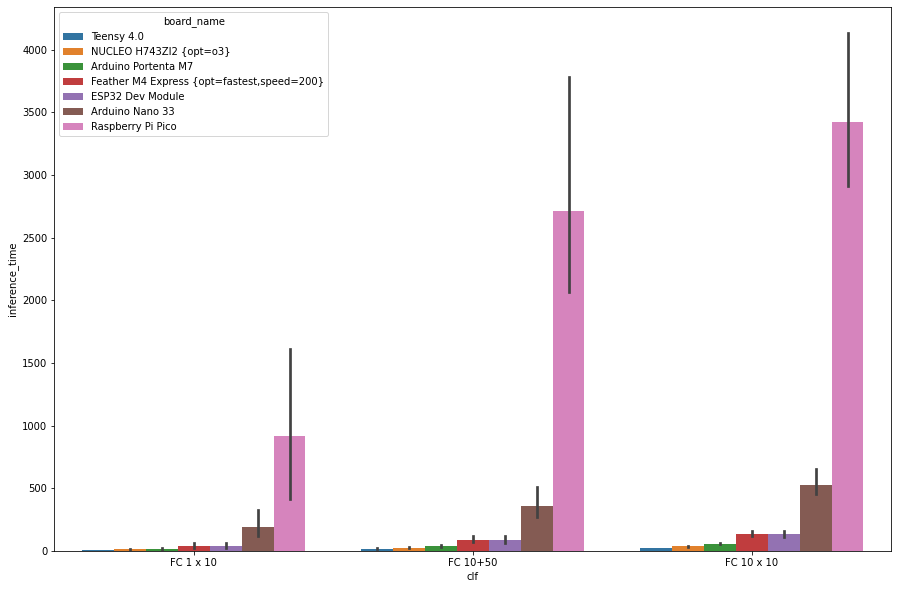 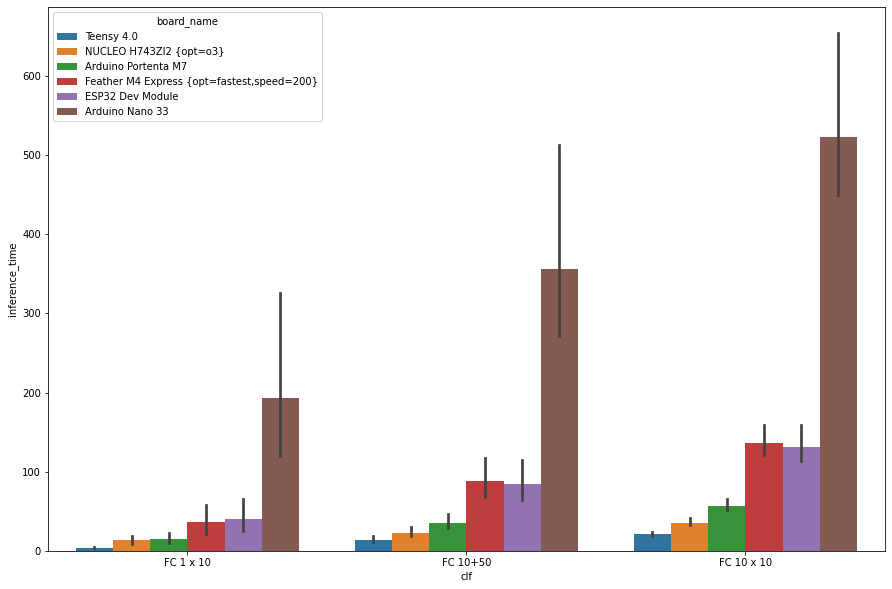 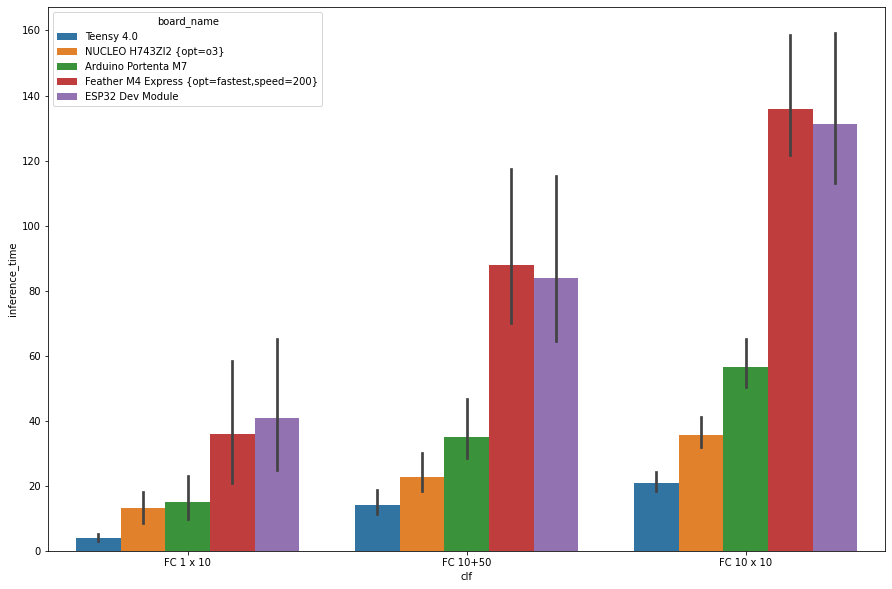 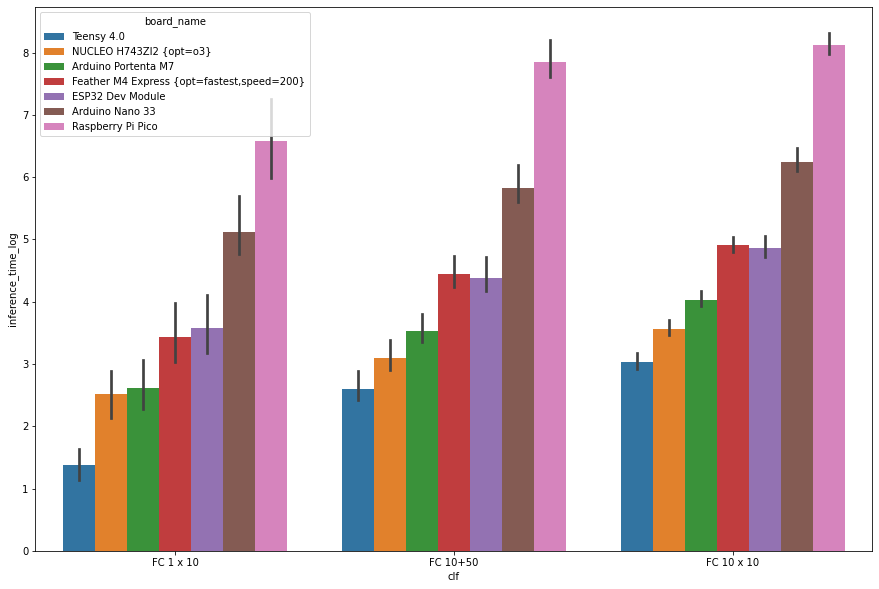 Do these benchmarks match with your conjectures?

Are you surpised from some of these numbers?

Let me know in the comments.